Meet the Survivor Resources Board of Directors. We are grateful for their dedicated service, for the way they share their skills with us and for the time they invest here. 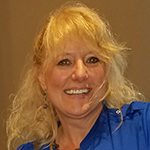 Sandy became an official board member in 2019 but has been involved with Survivor Resources since 2013, when her Godchild Nicole took her own life.  She found comfort and help through the organization and can say firsthand what a valuable resource they are for family members that have lost a loved one in a traumatic manner.

She has been a Police Officer for the City of St Paul for over 25 years.  She chose this line of work to have continuous contact with the public where she feels she can have the greatest impact on the community. She has worked with many families traumatized by homicide, suicide, accidental death and overdose. Each one has required something special and she appreciates having an organization like Survivor Resources to refer them to.

Sandy enjoys spending time with her family and making each day a special day.

Erick Fors is the Deputy Chief of Patrol for the Minneapolis Police Department. Erick also served several years in the Homicide Unit as a detective and has witnessed the tremendous impact that Survivor Resources can have with families that are experiencing grief and loss. Erick has 20 years of Law Enforcement experience and has served the community in a variety of patrol and investigative assignments. He has worked as a patrol officer and supervisor, a detective in both Juvenile and Homicide, and as a Lieutenant in charge of uniform patrol, investigations, and several specialty units. Erick has Bachelor’s Degrees in Psychology and Criminal Justice and a Master’s Degree from the University of St. Thomas in Police Leadership, Education, and Administration. He has also attended the Senior Management Institute for Police in 2017. 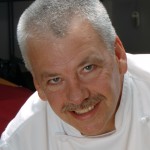 Daniel Vasterling first became acquainted with Survivor Resources many years ago when an extended family member was murdered and most recently Dan has found help and healing in his own grief process by attending the weekly support groups offered by SR after experiencing the sudden accidental death of his 23-year-old son in February 2014. Dan is very happy to serve on the Board, bringing his professional talents and personal experience of loss in order to help perpetuate the continued success of Survivor Resources.  Dan is a certified executive chef who has worked in the hospitality industry in the Twin Cities since the late 1970s. In addition, he has taught post-secondary culinary classes at Le Cordon Bleu and Saint Paul College, as well as volunteering much of his time and services over the years in various capacities. He is an active member of the American Culinary Federation (ACF). 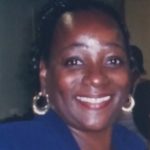 Gwendolyn has received a tremendous amount of support since 2013 when she was made aware of Survivor Resources after experiencing the loss of a family member. She truly believes that the organization is an extremely useful support tool to help families deal with the many aspects of loss, grief and court processes. This is the reason she wanted to support Survivor Resources by becoming a member of the Board of Directors.

Gwendolyn is a Federal retiree, after being employed by the United States Postal Service as an IT professional for 32 years. Early in her career with the USPS, she was also very active with the American Postal Workers Union where she held an elected position as Assistant Craft Director for the Postal Data Center and an appointed position as Human Relations Director for the St. Louis Gateway District Area Local AFL-CIO. She retired from the USPS as a Computer Performance Specialist in 2011. Currently she is employed by Crossmark Inc. where she works as an Event Specialist part time.

Gwendolyn is also an elected board member for the Emerald Point Homeowners Association and serves on the Hospitality committee at her church. She also volunteers with BSF International. She is a widow, and mother of 2 sons and currently resides in Apple Valley, MN. In her free time she enjoys playing golf with other USPS retirees and takes water aerobics classes as often as she can. One of the things on her bucket list is to see the beautiful waterfalls in every state while traveling in an RV. 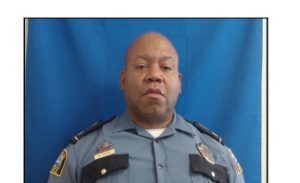 Bryant Gaden is the Senior Commander of the Homicide/Robbery Unit and the Ordnance Disposal Unit (Bomb Squad), at the Saint Paul Police Department. He has 30 years of experience in law enforcement, including 11 years as a homicide investigator, and 6 years at the command level. He has led several units, to include the Western and Eastern District Patrol Divisions, and the department’s Special Investigations Unit (SIU). He is a veteran of the United States Marine Corps. He is also a graduate of the Northwestern University Center for Public Safety’s School of Police Staff and Command, where he earned the Franklin M. Kreml Leadership Award.

Bryant has worked with Survivor Resources for many years. He knows their value and supports their mission of helping families and loved ones through difficult times. 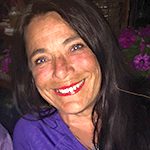 Renée Manning was first exposed to Survivor Resources during her employment at the Saint Paul Police Department as a Staff Accountant.  She considers it a privilege to bring her skills in business, finance and accounting to an organization with a history and steady commitment to the families of sudden tragedy and the unexpected loss of a loved one.  Renée has had friends and family who have experienced sudden loss due to unforeseen tragedies and recognizes the need for support, compassion and knowledge during the family’s devastation.

She is currently an Accountant Analyst with the City of Brooklyn Park and has over 30 years of experience in business, accounting and finance and holds a Business Administration Degree from the University of Northwestern, Saint Paul and is a member of the Minnesota Government Finance Officers Association.

Lt. Zimmerman works in the Criminal Investigation unit for the Minneapolis Police Department and is Leiutenant of the homicide unit.  He has been a Police Officer for 38 years and has worked in the Homicide Department since 1995.  He has been on the Survivor Resources Board of Directors since 2018.

Survivor Resources is currently holding both in person and virtual support groups. St. Paul and St. Louis Park groups meet at 6:30 p.m. and the Forest Lake group meets at 6:00 p.m. Please check the website for more specific times and locations. If you are interested in attending, please call us at 651-266-5674.