Survivor Resources was established at the request of Lieutenant Joe Corcoran, a retired Commander of the St. Paul Police Homicide Unit. Initially founded as the Victim Intervention Project, Inc. (VIPI), Survivor Resources came as a result of the fact that families of homicide victims did not receive help until their case was charged. In the instance that the case was never charged, some families never received help. The Twin Cities Metro area needed crisis response in these instances, so Corcoran consulted with Margaret McAbee from Family Service, Inc. Eventually, a collaboration of efforts was formed that included:

With assistance from Family Service, Inc., plus additional funding from the United Way and the Emma B. Howe Memorial Foundation, the project made its official debut in May of 1995. A board of directors was established, McAbee was hired and volunteers were trained. And in 1997, VIPI became an independent non-profit organization. In its first year alone, 428 individuals were assisted.

Later, the Minneapolis Homicide Unit requested that services be offered in Minneapolis as well. In 2007, the organization was readily on hand to provide crisis response to both survivors and families of victims of the I-35 bridge collapse incident. After 10 years serving the Twin Cities Metro area, a rebranding initiative renamed the Victim Intervention Project, Inc. to, “Survivor Resources.” 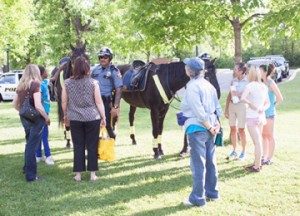 Since its inception, Survivor Resources has served tens of thousands of clients. It has continued its dedication in helping families not only affected by homicide, but other violent, unexpected incidents including suicide, accident and overdose death.

Survivor Resources is currently holding both in person and virtual support groups. St. Paul and St. Louis Park groups meet at 6:30 p.m. and the Forest Lake group meets at 6:00 p.m. Please check the website for more specific times and locations. If you are interested in attending, please call us at 651-266-5674.